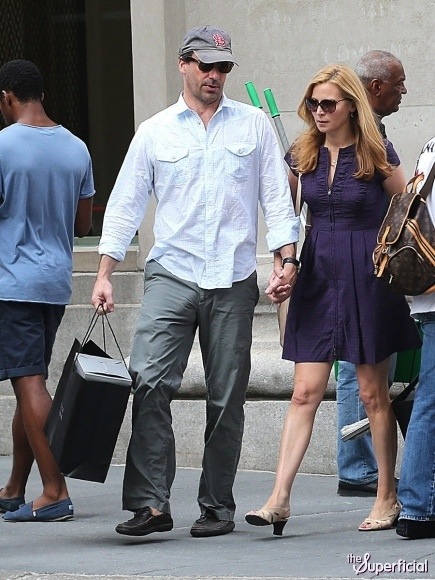 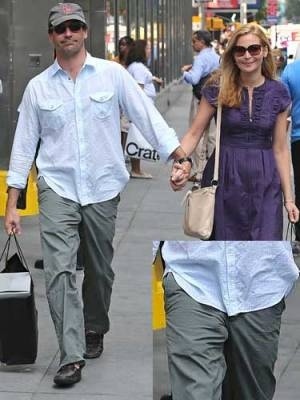 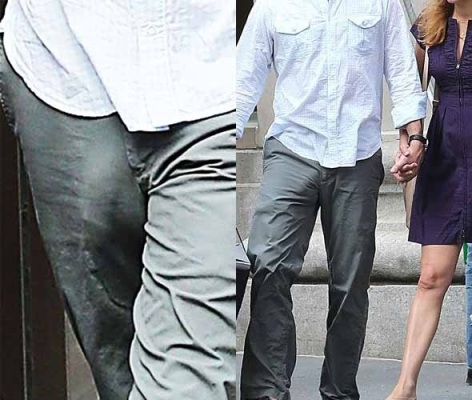 Daily Beast – According to the New York Daily News’ Confidenti@l, an AMC insider said the “well-endowed” actor was instructed to wear underwear while filming certain scenes of the 1960’s TV show, due to the era’s tight-fitting clothing.

“This season takes place in the 1960s, where the pants are very tight and leave little to the imagination,” said the source. And it gets better: “Jon’s impressive anatomy is so distracting that they politely insisted on underwear.”

It seems that Hamm’s “impressive anatomy” was so much of a distraction, the show’s marketing team had to Photoshop many of the billboards, promotional posters and ad campaigns relating to the show due to the prominent appearance of Jon Jr.

“Imagine how distracting that would be on the side of a bus or building,” the unnamed insider said. “When the promotional pictures came back the first few seasons, we had to work with them. Everyone was concerned about too much Christina Hendricks boob, but it’s Jon that has the most to show. It’s a good problem to have.”

Hell yeah that’s a good problem to have.  No one wants to be known as the tiny dick guy.  Jon is just killing the game with his bulging junk.  It’s completely taking up half his thigh.  God damn, bruh.  You know it’s a big deal when your bosses come up to you and are like, “Ah, Jon, you think you could start wearing underwear? Your dick is catching the eye of all your co-workers and they can’t function or complete their daily requirements.

Big dick don’t give a shit though.  Jon continues to go commando and continues to make headlines.  It’s the perfect way to game any chick.  You think I’m good looking, but you’re not sure about fucking me?  Well how about you get a load of my tree trunk dick bulging out 0f my pants.  Bet you want to fuck now, don’t ya?  No chick is saying no to that.  Shit, the best most guys can get is when they wear sweatpants and the groin area naturally promotes a bulge.  That’s like the guy’s push-up bra.  Makes it look like we’re packing, but really its just normal down there.  Jon Hamm here has no need for such promotions.  He just lets it hang ‘oh natural’ in the tightest of tight pants.