Tamara Sytch, known to the wrestling community as Sunny, was arrested over the weekend in Branford when she was found in the shower of her ex’s home.

Sytch was arrested several times last year, including three times in as many days, after being accused of going to the home of her ex and attacking him. In one instance, police said Sytch placed him in a headlock and started pulling his hair.

In recent weeks the protective order against her was modified, but she was still forbidden from going to his house.

Bitches are crazy, guys.  That’s already been official.  Although this broad is absolutely Bugs Bunny looney tunes.  This dude must have the golden dick.  Shit must taste like chocolate and shoot out money.  This bitch just can’t leave him alone.  She’s broken into his home 3 times in as many days, was forbidden from being at his house due to a protective order and still showed up drunk and hid in his shower.  Fuck.  If I were him I’d almost start feeling bad for her.  She must really, really miss him.  But then I’d sit back and think, ‘this bitch put me in a headlock and started pulling my hair, and she’s keeps stalking the shit out of my life.  She’s crazier than Crazy Girlfriend ever thought of being.’  I might dig crazy chicks, but Tamara is the type of chick that should have starred in the movie Girl, Interrupted.  She wouldn’t have even had to tryout.  The producers and director could have just met her and been like, ‘You’re hired.’  Or they could have just watched the news/googled her name and made their decision.  You know you have a problem on your hands when even the law can’t protect you from your ex-girlfriend.  I knew girls had determination, but damn.

Now she’s resorted to this… 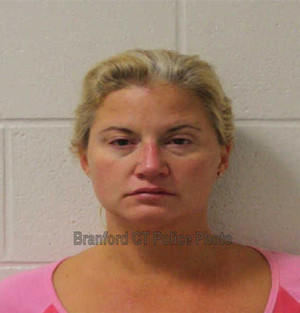